I continue to comments ETC army lists. This time I will try to comment lists of the Czech team, which I am a member. Surely I do not want to be compared with Internet celebrities such as Kirby or Stelek. All opinions which are published in this post are only my personal opinions, they aren’t be absolutly true and any of readers can disagree with me.

Czech team army lists can be foud at: http://warhammer.org.uk/phpBB/viewtopic.php?f=19&t=89299 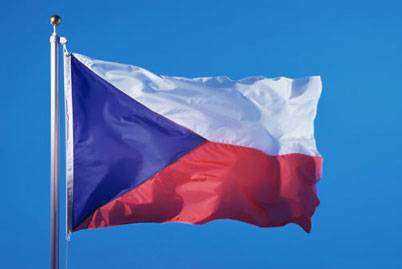 Blood Angels
Rhino chasis spam. Toshiro made changes from last ETC list. Vindicator makes a good fear factor, but because of its inaccuracy, Vindicator is not as dangerous as it looks. Replacement TL AC dreadnought for the Vindicator and the Baal Predator’s assault cannon for flamestorm I do not seem to be suitable changes to this list.

Space Wolves
Trying to shooting wolves. If I had to design SW in a similar shooting base, I would try change in the Troops – instead Rhinos put lasplas razorbacks, in this case, the Troops were four fives of GH with meltagun in lasplas razorbacks and left it exactly points to a land speeder with MM and HF. That army is losing CC potential, but is replaced by the gunfire, which can be carried from a big distance.

Grey Knights
Shooting build based on the Purifiers with many psycannos. While the Grey Knights shooting very unpleasant, there is a problem of relatively short range, which is particularly expose psycannons Purifiers to danger. I think against some armies will work fine against other they get into significant problems.

Chaos Daemons
How do I comment on my own list? It is excellent! No, I will try to be objective. Ok, Daemons haven’t great codex, but with suitable match-ups works pretty well. I play with heavy Fiends and heavy Tzeentch shooting concept. I think this way to play Daemons is very consistent. I had the idea to remove one Herald and add several Breath of Chaos into army, probably on heralds, which works perfectly against MEQ and TEQ armies and all infantry in cover regardless of armor save values. Unfortunately I had no enough time for playtest of modified list.

Orks
Green tide as it should be, 213 models in a cover through KFF is hell for most armies. It is necessary to think about the fact that the green tide, although a mass of bodies and usually can withstand and overwhelm anything, but quickly moving and a lot shooting armies can do with this list and may crack it down. Army with several Land Raiders isn’t also the best match-up for these Orks.

Chaos Space Marines
The list would certainly appreciate the second Lash. Is fitted with a relatively large number of different Troops units. Personally I would try unify them, gave them Rhino and add Chaos Sorcerer or the other Prince with Lash.

Imperial Guard
I do not know exactly what the role of infantry Platoon, but I suspect that it will be hidden combo. The combination of plasma and melta guns I do not see as ideal. I also not choose Colossus but other for example Manticore or more Hydras. But if Colossus is in, why Heavy Flamer?

Dark Eldar
Have about 120 shoots with splinter cannons and some lances and some splinter rifles as bonus. Sounds as great anti-infantry with some anti-vehicle shooting and with decent counter attack ability. Hunting low armoured infantry is ideal jobs for Dark Eldars and they doing it very well.

Conclusion
I think this is not a bad set of armies overall. Some are more dependent on a good pairing, for some is pairing absolutely irrelevant. The best Armies, which does not mean the strongest, I consider Dark Eldars and Orks.

What comes next? Because on Thursday I leave for nearly two-week holidays and my internet access will likely be limited, I will try to prepare before my departure comments for Latvian army lists that seem to me a little bizarre.