I will continue with ETC 2012 army lists commentary. At second place I will comment ETC 2011 vice-champions – Team Poland. Surely I do not want to be compared with Internet celebrities such as Kirby. All opinions which are published in this post are only my personal opinions, heavily affected by Czech meta game and they aren’t be absolutly true and any of readers can disagree with me.  So lets go to some commentaries for Polish guys. 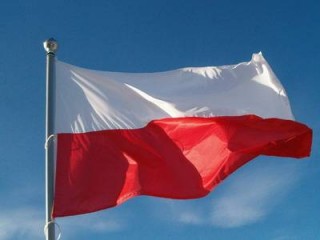 Jakub „Skark“ Wichrowski (Captain) – Imperial Guard
Hoho, fifteen vehicles! It sounds to crazy, bud it is not based on vets and Vendettas and seems to be very difficult to beat, especially outside KP missions, even troops after their transport will be destroyed are really weak.

Jakub “Vladdi” Podruczny – Black Templars
List is based on terminators with CML, with Tank Hunter USR, seems to be good as anti mech army. I like it.

?? – Space Wolves
I don’t know name of Space Wolves player, sorry. Logan list, primarily seems as gunline with some distraction drop poding Wolf Guards. I think that Wolves can do it better.

Krzysztof ‚Raca‘ Radzki – Necrons
Combination of foot Crons, destroyers and Barges. I don’t belive that list can work well, but, will see.

Łukasz „Thurion“ Łuczyński – Space Marines
Next Marines list based on Vulcan. I that list is not excelent, but can works fine, when used properly.

Mariusz ‚Marios“ Krakowczyk – Blood Angels
Mechanized list supported by Mephiston and Terminators in Land Raider Redeemer. I don’t like this BA combination of rhino chassis spam and Terminators. Same for Mephiston, but this list have good counter assault potential against to pure mechanized list.

Conclusion
Very good package. I think weakest list are Space Marines, but I think, that Polish guys are best of the best and know what they doing. So if our challenge for first round will be allowed, then our Czech Team will facing very good armies and players too, it will be tough round.