I continue with ETC 2012 army lists commentary. At third place I will comment ETC 2011 3rd place – Team USA. Surely I do not want to be compared with Internet celebrities such as Kirby. All opinions which are published in this post are only my personal opinions, heavily affected by Czech meta game and they aren’t be absolutly true and any of readers can disagree with me.  So lets go to some commentaries for US guys. 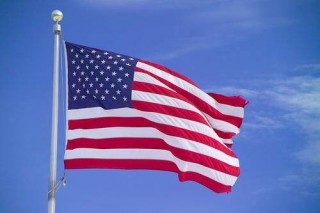 Greg “Inquisitor_Malice” Sparks – Eldar
I did commentary for US footdars year ago. Unfortunately, I still do not understand the concept and strength of this army. However it was one of the successful Eldar list last year. I have no idea, why it wouldn’t be this year again.

Tony “The Kid” Kopach – Space Wolves
Tony is known as very strong SW player and US GTs beater (although the three points over :)). So there is no idea, that Tony did not know what to do with his list. I think, that SW mechanized list is fine, but I personally don’t like Njal.

Joe „The Hammer“ Cherry – Blood Angels
It seems to me as very agressive list based around Death Company and Mephiston with some ASM sitting back. I think, that Joe knows what to do with this list, but, I think, that cons of this list are scoring units. With properly pairings can work perfect.

Mike “Rogue Engineer” Mutscheller – Space Marines
Another terminator army in US team. I’ve never seen this SM concept, but looks like something about infiltrating TH/SS terminators. It sounds like little nightmare, but weakness of this army are troops. I have to see this army in action!

Brad “The Tool” Chester – Grey Knights
Brad win Adepticon 2012 with very similar concept. ok, there are no Paladins but Terminators only, so army is not reliable as with Paladins. But on ETC you don’t need all corner army at all cost. So, i like it.

Jon „The Man“ Willingham – Dark Angels
Foot Deathwing. Many terminators, many missiles, what else?

Alexander „The Everliving“ Fennell – Necrons
Next from US All stars team. Similar to Brad, Alexander’s list is close to one, which he used on Adepticon. So I think, that can work in his hands. Same as some preceding US list, I missing here better scoring options.

Alan “ead Basha” Bajramovic – Orks
Many greenskins supported with bikes.I think that list is semi good. Not enough bodies, not enough bikes although with pairing can work fine.

Conclusion
Very good package, very good players. Due to qualifying process in US, there is excelent All Stars team full of experienced players and GT winners and is third team which defending its position on podium. I think bronze isn’t goal and US guys go for gold. Especially when Czechs shoot down Poles ambitions and Greeks pay their debts to Germans in potential challenges:)